Who Won ? : Messy and Mixed Up Presidential Elections and Selections of the Past

What is the Electoral College?

The Electoral College is a group of electors established by the United States Constitution. It forms every four years for the sole purpose of electing the President and Vice President of the United States. The Electoral College consists of 538 electors. An absolute majority of electoral votes, 270 or more is required to win the election. Voters are actually choosing which of their states electors represents them in the electoral college voting.

The Electoral College system is a matter of ongoing debate and efforts to eliminate it. Supporters argue that it is fundamental to American federalism, that increases the political influence of small states. This is because the number of electors from each state is the number of senators (two) plus the number of state Representatives. Candidates will also need to appeal to voters outside large cities. Critics say that the Electoral College is less democratic than a national direct popular vote.

According to the 12th Amendment of the U.S. Constitution, if there is a tie in the Electoral College, the new president would be decided by the House of Representatives. Each state is only given one vote, no matter how many representatives it has. The winner will be the one who wins 26 states. The House has until March 4th to rule on the results of the electoral college's vote.

5 Presidents Who Lost the Popular Vote But Won the Election

What Happens if There Is a Tie in the Electoral College? 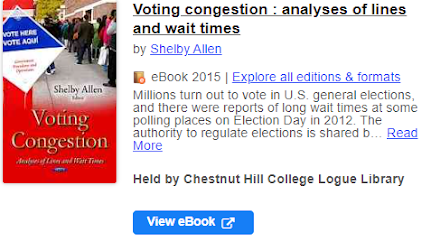 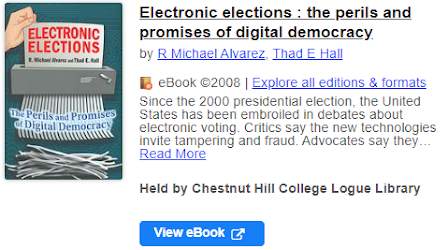 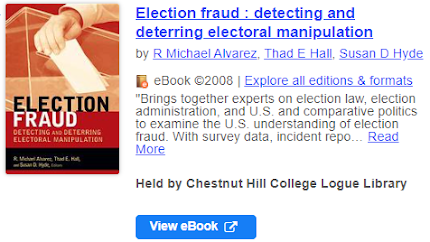 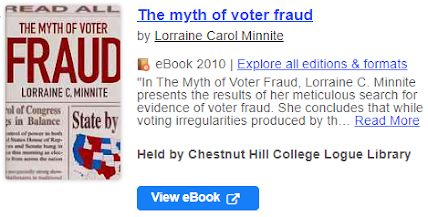 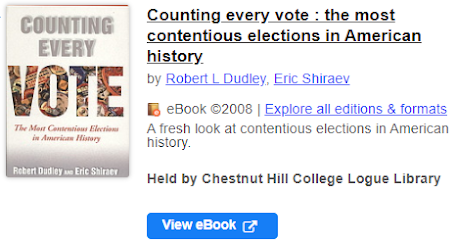 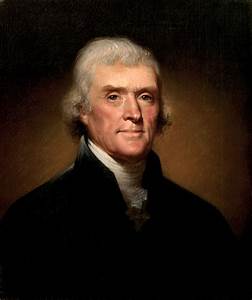 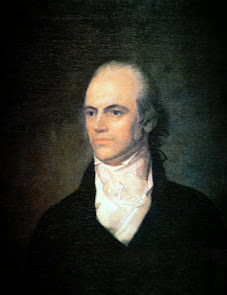 A constitutional flaw at that time led to the electoral crisis of 1800. During that period, there was no way the electoral college could distinguish between candidates for president and candidates for vice president. The candidate with the most votes would become President, the runner up would become Vice President. In this election there was a tie between  Jefferson and Burr. The decision was sent to the U.S. House of Representatives.

This 1800 presidential election provided Alexander Hamilton, former Secretary of the Treasury, with a dilemma: There was a tie between Thomas Jefferson whose principles were in direct opposition to Hamilton's own, and Aaron Burr who Hamilton believed to have no principles at all. Hamilton asked Jefferson for some policy promises. He then urged the Federalists in the House to vote for Jefferson. Jefferson became President and Burr Vice President.

Burr learned what Hamilton had done and the already existing tensions between them escalated ending in the duel that killed Hamilton in July 1804. 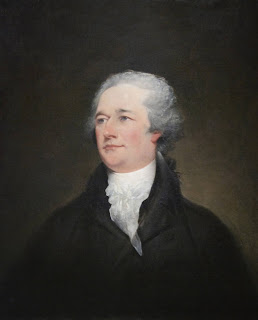 In 1824 Andrew Jackson, John Quincy Adams, Henry Clay and William Crawford were the primary contenders for the presidency. The result of the election was inconclusive. No candidate won a majority of the electoral vote. The election was sent into the U.S. House of Representatives.

Adams was elected on the first ballot. This shocked Jackson who had been the winner of a plurality of both the popular and electoral votes and expected the House to choose him. There were accusations in the newspapers that Clay had “sold” his support to Adams in exchange for a promise to name him Secretary of State.

Jackson did become President in the next election of 1828. He defeated Adams in a landslide.

Andrew Jackson: Winner and Loser in 1824

By midnight Election Day 1876, the Democratic candidate Tilden had 184 of the 185 electoral votes he needed to win, and was leading the popular vote by 250,000.

The Republicans refused to accept defeat. They accused Democratic supporters of intimidating and bribing African-American voters to prevent them from voting in three southern states, Florida, Louisiana and South Carolina.

To resolve the dispute, Congress set up a special electoral commission in January 1877.

The so-called Compromise of 1877 they reached put Republican Rutherford Hayes into office as President. The Democrats agreed to accept a Hayes victory and said they would respect the rights of African Americans, on the condition that Republicans withdraw all federal troops from South which had been stationed there since the end of the Civil War.

Outraged northern Democrats referred to the new President Hayes as "His Fraudulency."

The Ugliest, Most Contentious Presidential Election Ever

History and Current Order of US Presidential Succession

Our current method of presidential succession takes its authority from: The 20th Amendment (Article II, Section 1, Clause 6) and 25th Amendment of the Constitution and The Presidential Succession Law of 1947.

Brief History and Current System of US Presidential Succession

“My Fellow Americans Our Long National Nightmare is Over” 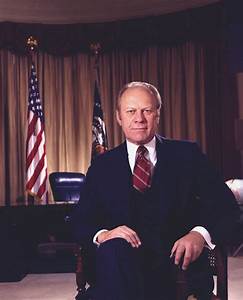 The Watergate scandal was a political scandal in the administration of U.S. President Richard Nixon from 1972 to 1974 that led to Nixon's resignation.
Prior to that Vice President Spiro Agnew had resigned after pleading nolo contendere (no contest) to one count of tax evasion after being investigated for criminal conspiracy, bribery, extortion and tax fraud during his time in office as a Baltimore County, MD. Executive, Maryland Governor and Vice President.
In December 1973, two months after the resignation of Spiro Agnew, U.S. Congressman Gerald R. Ford was appointed to the vice presidency by President Nixon. After the subsequent resignation of President Nixon in August 1974, Ford immediately assumed the presidency. 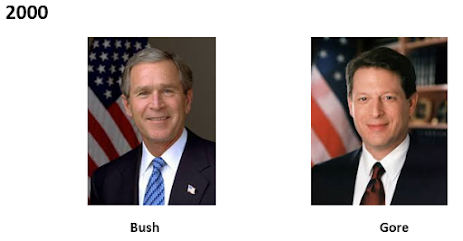 In this election the Supreme Court reached a controversial legal decision on Dec. 12, 2000 effecting what the election’s electoral final vote count would be.
Vice President Al Gore Jr. won the popular vote in the 2000 election against Texas Gov. George W. Bush in a very close election.  Al Gore, the Democrat, received 50,988,442 votes and George Bush, the Republican, received 50,449,494.
However, Bush was ultimately awarded the Electoral College result and became President.

In the end bush received 271 electoral votes, one more than required 270 to win the Electoral College, and the defeat of Al Gore, who received 266 electoral votes (one elector from the District of Columbia abstained).

It had all come down to the pivotal state of Florida. This state was faced with a variety of ballot and election machine difficulties. There were old machines which used an antiquated punch card method. Pieces of paper became the infamous “hanging chads” when a hole had not been punched fully, leaving bits of paper or "chad" hanging from the poorly punched hole.
There was also “under voting” where no holes seemed to have been punched for a selection.

The "butterflyballot" used in the Palm Beach County, Florida was a ballot that had names down both sides, with a single column of punch holes in the center. This was compared to a confusing maze and named “butterfly” because of its appearance. It led to widespread allegations of mismarked ballots in that locality. Recounting and additional recounting of the recounts of the ballots continued as law suits wound their way through the courts until they reached the U.S. Supreme Court. 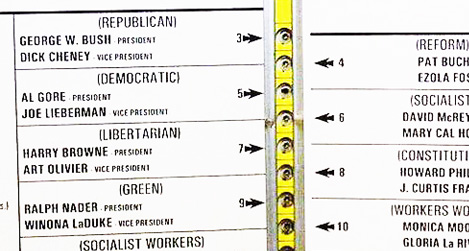 “Bush v. Gore was a case argued before the Supreme Court of the United States on December 11, 2000, and decided on December 12, 2000. The case concerned a complaint from both parties contesting certification of state results in presidential elections. The Supreme Court granted the application, treating it as a petition for writ of certiorari, and granted certiorari.( Latin for "to be more fully informed." It is an "order issued by the U.S. Supreme Court directing the lower court to transmit records for a case it will hear on appeal.")

In a per curiam (the court as a whole) decision, the court reversed (The action of an appellate court overturning a lower court's decision) and remanded (To return a case or claim to a lower court for additional proceeding) The judgment of the Florida Supreme Court, ruling 7-2 that the Florida Supreme Court's method for recounting ballots was unconstitutional, and ruling 5-4 that no constitutional recount could be conducted in the time legally remaining to do so. The ruling allowed the previous certification of votes in Florida to stand, granting the state's 25 electoral votes and victory in the 2000 presidential election to George W. Bush. (R)”

In brief the U.S. Supreme Court, the highest court in the land, ruled five to four that the recounting in Florida must stop and the previous certification of election results awarding Florida’s electors to Republican Bush. 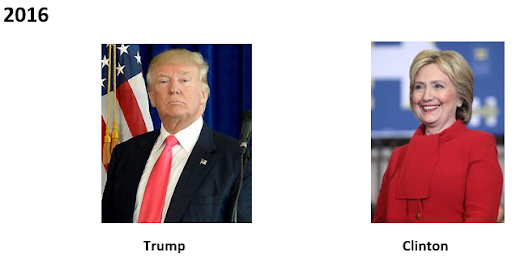 2016 was an election campaign marred by divisive rhetoric and foreign cybersecurity interference.

Businessman, reality tv personality and former casino owner Donald J. Trump defeated former Secretary of State, Senator and First Lady Hillary Rodham Clinton.
Again, the winner declared won only in the Electoral College count. Trump got 304 electoral votes and Clinton received 227 electoral votes. But this time the popular vote was not even close and Clinton won it. The popular vote was Clinton 65,853,514 and Trump 62,984,828.

"Does Your Vote Count?"

"How The Electoral College Works"

"Voter Fraud, Suppression and Partisanship: A look at the 1876 election"

"Federalism"
Here is a the results on the following topics in Logue Library... 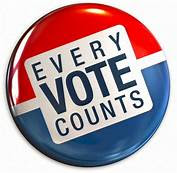 Thank you to the following Logue Librarians with helping me with this blog:
Mary Jo Larkin, SSJ Dean of Library & Information Resources and Gail Cathey,
Print Resources / Access Services Librarian with editing and research for this blog
Posted by J. Presley, Systems Management Librarian

Posted by Logue Library at 9:46 PM No comments:

Political Parties And Their Animal Symbols 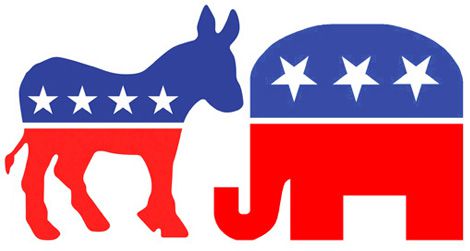 The origins of the Democratic donkey can be traced to the 1828 presidential campaign of Andrew Jackson, whose opponents called him a stubborn jackass. Jackson was amused by the image and adopted it for in his campaign posters. He rebranded the donkey as determined, willful, and steadfast not slow, wrong-headed, and obstinate. 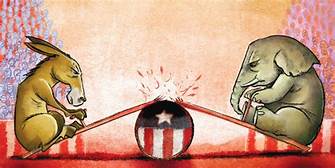 In the 1870s political cartoonist Thomas Nast helped popularize the donkey as a symbol for the entire Democratic political party. He also was the first to use an elephant to symbolize the Republican political party. PBS, The American Experience aired a program on this topic.  Click here to view it. 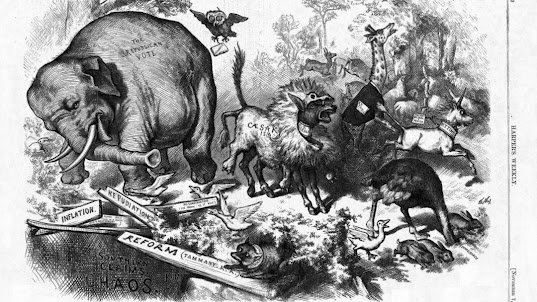 This humorous image also contains Jefferson Davis (1808-89) as a donkey, peering through a monocle at the elephant and his enormous quantity of arms and armaments. Behind him is an army of “jackasses” carrying pitchforks, rakes, brooms, and scythes, which are clearly no match for the North’s cannon. The gallows in the center background of the image predicts a bleak future for the Confederacy. 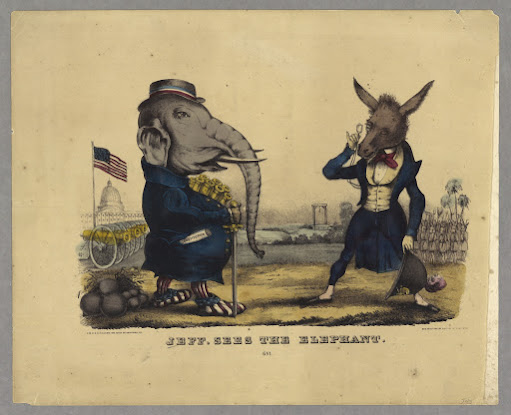 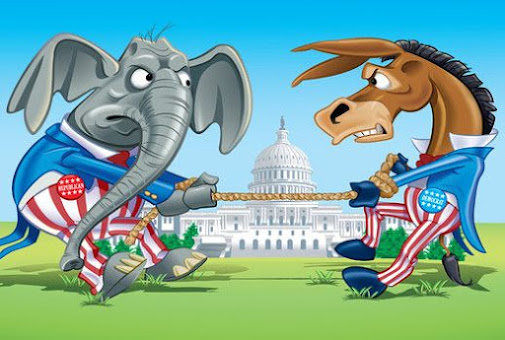 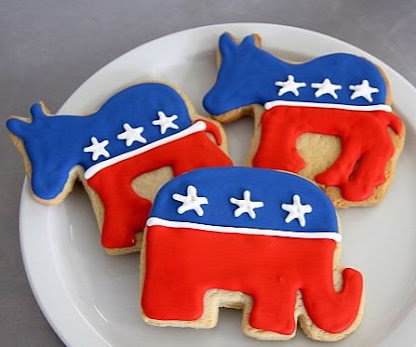 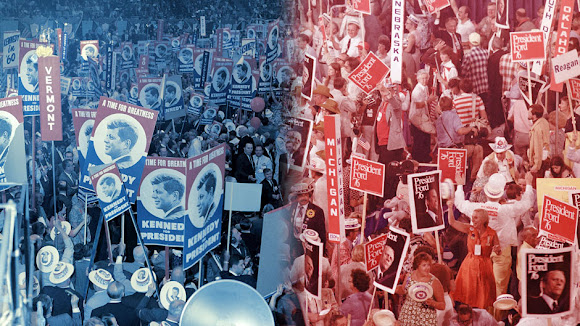 Why does a Donkey & Elephant Represent

Why an Elephant for Republicans? - America 101

What's Behind The GOP Elephant and Democratic Donkey?


An introduction to Thomas Nast, by Steve Broder

Here is a the results on the following topics in Logue Library...

Feel free to comment on this blog.
Thank you to the following Logue Librarians with helping me with this blog:
Mary Jo Larkin, SSJ Dean of Library & Information Resources and Gail Cathey,
Print Resources / Access Services Librarian with editing and research for this blog
Posted by J. Presley, Systems Management Librarian
Posted by Logue Library at 7:29 PM No comments: