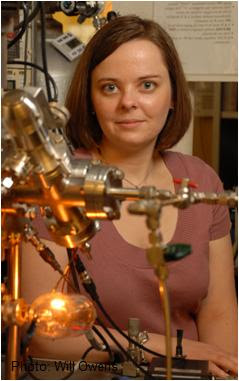 A January 19th New York Times article is hopeful that the science-friendly Barack Obama administration might make the sciences a more women-friendly career choice. The article titled, In ‘Geek Chic’ and Obama, New Hope for Lifting Women in Science quotes studies that show career advancement in the sciences require a level of sacrafice that most women aren't willing to make. "One must spend one’s 20s and early 30s as a poorly compensated and minimally empowered graduate student and postdoctoral fellow, and the remainder of one’s 30s and into the low 40s working madly to earn tenure" as a research scientist at a university.

An enlightened adminiistration could make the sacrafice less costly. "Legal experts suggest that President Obama might be able to change things significantly for young women in science — and young men — by signing an executive order that would provide added family leave and parental benefits to the recipients of federal grants, a huge pool of people that includes many research scientists."

And — of all the sciences — why do far fewer women choose Physics? That's a question that requires more scientific research!

Find more articles on this topic from EBSCOhost. 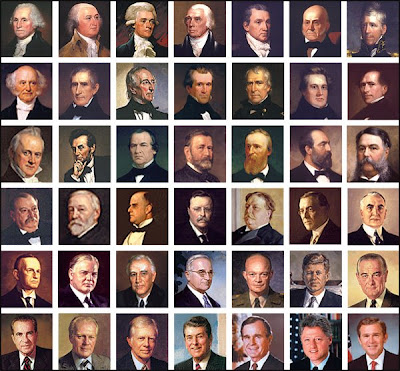 Test your knowledge about past Presidential inaugurations in this activity.
(From the Harry S. Truman Library & Museum web site.)

1. Who was the first President inaugurated after the 22nd Amendment, which limited Presidents to two terms in office?

2. Who was the youngest President-elect at the time of his inauguration?

3. When was the first televised inauguration?

4. Where is the oath of office found in the Constitution?

5. Who became President as a result of the Compromise of 1877?

6. Whose inaugural address contained the phrase, "the torch has been passed to a new generation of Americans . . ."?

7. Who was the first President inaugurated on January 20th?

8. Following whose inauguration was the first inaugural ball held?

9. Which President wore a ring to his inauguration that contained a lock of hair cut from Lincoln's head after he was shot?

10. Whose was the Bicentennial Inauguration?

11. Who was the first person to report an inauguration by telegraph in 1845?

12. Whose inauguration was the earliest to have been photographed?

13. Whose inauguration was the first recorded on movie film and gramophone record?

14. Whose inauguration was the first broadcast by radio?

15. Whose inauguration was the first broadcast by sound newsreel?

16. What president was inaugurated more than a month later than the March deadline, on April 30?

17. What amendment to the Constitution established January 20 as Inauguration day?

19. What president was sworn in at his home in New York?

20. Whose inauguration came only 82 days after he became Vice President?

Try your hand at it... Answers will be posted on Inauguration Day!