How Important is Your Phone? A Cautionary Tale 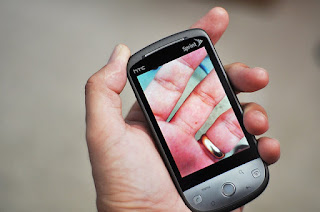 I used to say, "If my phone ever falls into the toilet, my life will be total chaos. My calendar is on there."

Seriously, how ridiculous is that??


So, when my phone broke and I miraculously still had access to the calendar, I quickly transferred everything to Google Calendars, something I was too lazy to do before it was a crisis.

Speaking of Crisis, a couple of students were in the other night. One was working the PC while the other worked her phone.

Overheard on the phone: She could lock it all down and delete everything from here, but she doesn't want to lose the photos.

And then, tearfully, at the PC: I can't believe I don't have my cell phone! Why would someone pick up something that doesn't belong to them??!  This drama, over a phone. Is this (potentially) you?

Do you store things that are important to you on your phone?

If you can relate to this, if your phone is so important to you that you would be devastated at its loss, it's time to make some changes.  When you take photos and share them on social media, you no longer need your phone to store them. Better yet, open a Dropbox account or store your pictures and other files on Google Drive.  Now you can access all of it from anywhere, on any device.  Think about it. 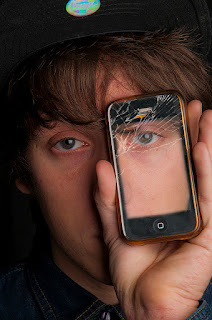 Your phone is here now, but could be gone in an instant!

Dropped and run over by a trash truck (my husband);  Dropped just from my desk to the floor, face down (that time, with the Calendar Issue); Marinated in a leaky zip lock bag in a kayak (my son).  Cracked beyond use on a rocky trail hike while taking one of those precious photos (um, me again). Or possibly stolen, if you can even believe that.

Seriously, how long has any one of your phones lasted? Have you ever actually made it to the end of a contract?  I know I never did. (I now buy or accept donations off-contract. Used. Cheap.)

Maybe I am just more accident-prone than most, but I no longer keep anything of importance on my mobile phone. If it's truly important, multiple copies (including hard copies) are a good idea. You never know how long that Cloud will be around, either.